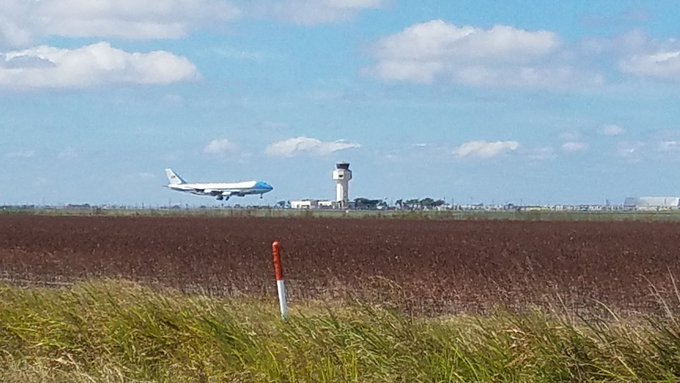 Governor Greg Abbott, who was on the ground at CCIA when President Trump arrived, said he has spoken personally with President Trump about the hardships Texans in small towns such as Rockport, Port Aransas and Aransas Pass are facing.