RUSH: By the way, there's polling data out there. Rasmussen: Trump's job approval -- now, get this -- Trump's job approval has jumped a net five points overnight, and he's now at 50% approval, 48% disapproval. This is his best day on Rasmussen since February. It's a jump of 11 net points in two days. Two days ago Trump was at 45-54, 45 approval, 54 disapproval. This is a huge jump. 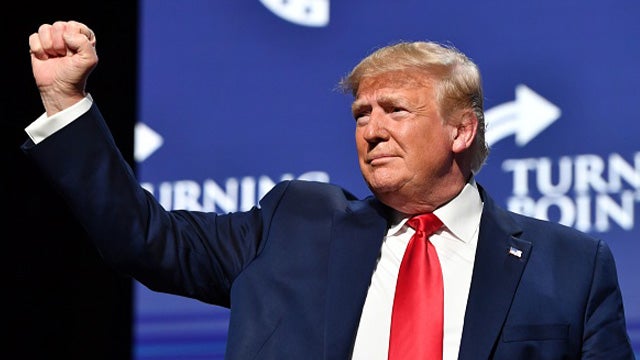 Why? What's so hard about admitting that? When he's a doctor, when he doesn't have any concerns other than health, why is that so hard to admit? Who's he protecting? Also about that, we're told that when you protest and when you riot, that you do not get the virus. No, folks, that's what they've told us, or, even worse, they have said go ahead and protest, go ahead and participate. Even if you get the virus, protesting Trump and protesting America is worth it, they have said.

Trump's daily tracking poll, Rasmussen Reports, is indeed back to 50%. You know, it's remarkable. We've been told that Americans love rioters. Oh, we've been told that -- what is it -- 64% of the American people support Black Lives Matter and support the protests and support the rioting. We're told that the American people now support -- 65% support -- kneeling during the national anthem. (That was a CBS poll that I had yesterday.) 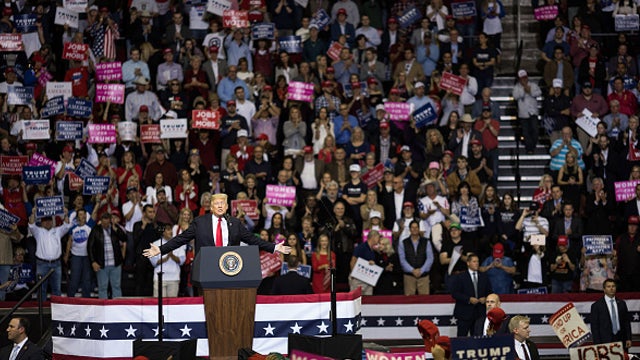 We're told that a majority of the American people think the police need to be defunded. We don't like the police anymore. So how does Trump's approval number get up to 50%? And just, like, 11 days ago, it was 45-54 -- 45% approval, 54% disapproval. Here's something else. This is a Hill-HarrisX poll: "Trump's approval on the economy, jobs holds steady amid the economic downturn."

So despite Bite Me and the Democrats and the media's best efforts, "President Trump's job approval rating on the economy and jobs is holding steady, a new Hill-HarrisX poll finds. Fifty-three percent of registered voters in the July 24-26 survey approve of the president's job on the economy, a 1 percentage point dip from the previous survey conducted July 7-10.

"Similarly, 54% of voters in the poll said they approved of how Trump is working to create jobs." You know, this is strange, because earlier this week, there were polls out there that showed Biden with a slim majority, people think he'd be better dealing with the economy than Trump and even larger majority thought Biden'd be doing better with the virus than Trump.

So applying traditional analysis, traditional polls analysis to Biden, I think's a total waste of time. There's never been a candidate like Biden. You've got a guy not running. You got a guy hiding in a basement. You got a guy you can't even read what's on a teleprompter without screwing it up.